As a sort of prologue, I have been asked to share an american perspective of my country’s films premiering in this festival. I will see and review most of these films over the next few days, but here are some of my expectations. Here’s the list of US films competing for the Golden Lion, arranged alphabetically by title:

Arrival is a sci/fi thriller, possibly (hopefully) with deeply philosophical content. Amy Adams plays a linguist who is recruited to learn the language of an alien race that has not-quite touched down on planet earth. The short story on which it is based (The Story of Your Life, by Ted Chang) deals with concepts like philosophy of language and free-will/determinism. Unfortunately, the marketers are pushing a whole ‘Threat to Humanity’ plot line that seems to indicate that the Russians are the real bad-guys and, you know, what the world really needs is to be united, but the aliens are probably peaceful anyway. Also, there’s an explosion.

I really hope that this turns out to be a great film. Villeneuve has directed some thoughtful thrillers in the past. In fact, he’s had a string of critical successes: Incendies, Prisoners, Enemy, Sicario, all proved that he can handle violence without glorifying it. Plus, he’s directing the Blade Runner sequel. We’ll see.

The Bad Batch is probably crazy. No, wait, it is crazy. Everything about this film is nuts. It’s been written and directed by the Iranian/English/American Ana Lily Amirpour, who gave us the incredible break-out A Girl Walks Home Alone At Night and called it an “Iranian vampire spaghetti western.” Well, she’s calling this one a “post-apocalyptic cannibal love story.” So, that’s crazy. Also crazy is that it stars Keanu Reeves and Jim Carrey. It seems to be a Romance/Comedy/Thriller/Horror. So, everything is crazy. I’m not sure how well Amirpour will handle her much much much larger budget on this film. It will either be a complete disaster or incredible. Or both, and will garner a cult following twenty years from now.

Jackie is a biographical drama about Jackie Onassis and her life as first lady and the aftermath of her husband’s assassination. It stars Natalie Portman, who I needn’t mention is an excellent character actor, and is directed by the chilean Pablo Larraín, of whom I know very little. This film has already had a bit of a tumultuous history. I don’t know what to expect here.

La la Land looks good. It really looks good. The cinematography for the two short teasers that I’ve seen is astounding and dreamlike. From what I can tell it’s something of a cross between Notting Hill and Oklahoma. Like the first, it’s the story of star-crossed lovers dealing with the trials of success and fame, and like the second it’s a musical, a surreal musical, with Ryan Gosling and Emma Stone dancing on starscapes. I’m expecting this to be good. (Also, I’m seeing it in the morning. We’ll know soon!)

5The Light Between Oceans

The Light between Oceans is a period drama about a couple who live a secluded life tending a lighthouse and who informally adopt a baby washed ashore in a life-boat. Unfortunately, despite being based on an excellently reviewed novel of the same name, its marketing so far is nothing but generic. The theatrical poster is Michael Fassbender and Alicia Vikander in profile, pensively staring into each other’s eyes, not quite kissing. In spite of the movie poster, this film was not directed by Nicholas Sparks, but by Derek Cianfrance, who gave us some rather well regarded dramatic romances: Blue Valentine and (slightly less well-received) Place Beyond the Pines. This could be a great film, or it could be The Notebook. The posters, at least, are indistinguishable.

Nocturnal Animals is Tom Ford’s second film (A Single Man also premiered at the Venice Film Festival in 2009) and appears to be a thriller about a woman (Amy Adams, also in this list as the lead in Arrival) who receives a novel written by her ex-husband, and tries to interpret it’s personal meanings. It’s a story in a story, with the action following both the real world and that of the novel. That’s all we know. No trailer has been released. This one is wait and see. I’m expecting everyone involved to be very well dressed.

Voyage on time is a documentary by Terrence Malick. This film has been in production for some time. Malick’s production company was even sued three years ago by an investor for allegedly taking the money and using it on other films. But here it is, and it’s big and ostentatious and Malick. If you like him, you like him, and if you don’t, you won’t. I expect, if not a great film, at least a grand one.

So, that’s it. A quick run-down on what we know about what’s coming out of America this festival. They’re a fairly diverse group. A good variety of themes, genres, directorial and cinematographic style. Actually, the directors themselves have quite different histories; of these seven, only Ford and Malick were actually born in America, and they range in age from mid-thirties (Amirpour) to 72 (Malick) but that is the sort of diversity that America represents – a fact I am only appreciating now that I’m living here in Italy.

There is one thing, though, that these films all have in common: budget. All these films are big numbers and big names. They all have millions (more than $50 million in the case of Arrival) riding on their success, beginning with success over the next two weeks. For better or worse, I guess that’s the sort of thing that America represents as well. 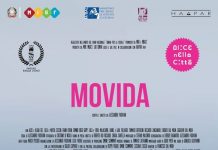 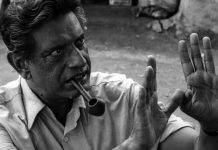 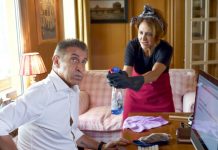 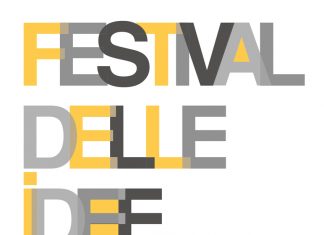